California Association of Teachers of English

CATE (California Association of Teachers of English) is a non-profit organization promoting communication, collaboration, and educational knowledge among all responsible for teaching English and the language arts. All California English teachers are encouraged to join. 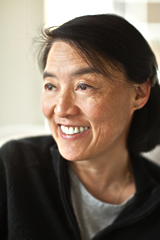 Gail Tsukiyama was born in San Francisco, California to a Chinese mother from Hong Kong and a Japanese father from Hawaii. She attended San Francisco State University where she received both her Bachelor of Arts Degree and a Master of Arts Degree in English with the emphasis in Creative Writing.  Most of her college work was focused on poetry, and she was the recipient of the Academy of American Poets Award.  A resident of the San Francisco Bay Area, she has been apart-time lecturer in Creative Writing at San Francisco State University, as well as a freelance book reviewer for the San Francisco Chronicle. During 1997 to 1999, she sat as a judge for the Kiriyama Book Prize and is currently Book Review Editor for the online magazine The WaterBridge Review. In September of 2001, she was one of fifty authors chosen by the Library of Congress to participate in the first National Book Festival in Washington D.C. and has been guest speaker at the Hong Kong International Literary Festival and the Sydney Writers’ Festival. Gail Tsukiyama now lives in El Cerrito, California. Her novels include Dreaming Water, The Language Of Threads, The Samurai’s Garden and Night Of Many Dreams.
From www.literati.net/authors/gail-tsukiyama/ AND www.bookreporter.com/authors/gail-tsukiyama 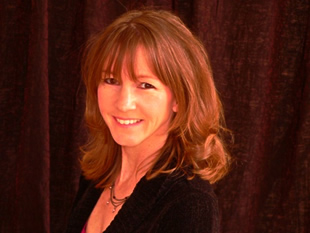 Danette Haworth is the winner of the 2012 California Young Readers Medal,  intermediate category, for her novel, Violet Raines Almost Got Struck by Lightning.  She is also the author of Me and Jack and The Summer of Moonlight Secrets. If you want to know more about her, you have to go to her website, which is fascinating (and not the standard biography in any way) at www.danettehaworth.com. 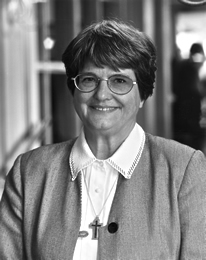 Sister Helen Prejean was born on April 21, 1939, in Baton Rouge, Louisiana. She joined the Sisters of St. Joseph of Medaille in 1957 (now know as the Congregation of St. Joseph) and received a B.A. in English and Education from St. Mary’s Dominican College, New Orleans in 1962. In 1973, she earned an M.A. in Religious Education from St. Paul’s University in Ottawa, Canada. She has been the Religious Education Director at St. Frances Cabrini Parish in New Orleans, the Formation Director for her religious community, and has taught junior and senior high school students.

Sister Helen began her prison ministry in 1981 when she dedicated her life to the poor of New Orleans. While living in the St. Thomas housing project, she became pen pals with Patrick Sonnier, the convicted killer of two teenagers, sentenced to die in the electric chair of Louisiana’s Angola State Prison.

Upon Sonnier’s request, Sister Helen repeatedly visited him as his spiritual advisor. In doing so, her eyes were opened to the Louisiana execution process. Sister Helen turned her experiences into a book that not only made the 1994 American Library Associates Notable Book List, it was also nominated for a 1993 Pulitzer Prize. Dead Man Walking: An Eyewitness Account of the Death Penalty in the United States was number one on the New York Times Best Seller List for 31 weeks. It also was an international best seller and has been translated into ten different languages.

The book was the basis for a new opera. It was presented by the San Francisco Opera and premiered in October 2000. The libretto was written by Terrance McNally. Jake Heggie composed the music.

Sister Helen and Dead Man Walking have been the subject of numerous media stories and reviews in the U.S., Canada, Spain, Holland, England, Scotland, France and Australia. She has been featured in the New York Times Magazine, Vogue, Good Housekeeping, the St. Anthony Messenger, the Ligourian, the Chicago Tribune, the Atlanta Constitution, the Times Picayune, the San Francisco Chronicle, the New Orleans Magazine, the Tablet, Sisters Today and numerous other print media.

Fifteen years after beginning her crusade, the Roman Catholic sister has witnessed five executions in Louisiana and today educates the public about the death penalty by lecturing, organizing and writing. As the founder of “Survive,” a victim’s advocacy group in New Orleans, she continues to counsel not only inmates on death row, but the families of murder victims, as well.

Sister Helen has served on the board of the National Coalition to Abolish the Death Penalty from 1985–1995, and has served as Chairperson of the Board from 1993–1995. She is also a member of Amnesty International and an honorary member of Murder Victim Families for Reconciliation. She presently is the Honorary Chairperson of Moratorium Campaign, a group gathering signatures for a world-wide moratorium on the death penalty. On December 18, 2000 S. Helen, Paul Hoffman, board member of Amnesty International and Mario Marizziti, representative of The St. Egidio Community in Rome, Italy presented Kofi Annan, Secretary General of the U.N. with 2.5 million signatures from people all over the world who are calling for a moratorium on the death penalty.

Her book Dead Man Walking was on the New York Times bestseller list for 31 weeks.  It was also on the International bestseller list.  It has been translated into ten different languages.

S. Helen’s second book, The Death of Innocents: An Eyewitness Account of Wrongful Executions, was published in December 2004. In it, she tells the story of two men, Dobie Gillis Williams and Joseph O’Dell, whom she accompanied to their executions. She believes both of them were innocent. In The Death of Innocents she takes the reader through all the evidence, including evidence the juries never heard either due to the incompetence of the defense lawyers or the rigid formalities of court procedure. S. Helen examines how flaws inextricably entwined in the death penalty system inevitably lead to innocent people being executed and render the system unworkable.
from http://www.prejean.org 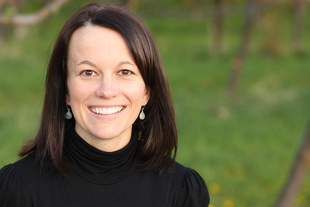 Ally Condie is the author of the international bestseller Matched, and its sequel, Crossed. Matched was chosen as one of YALSA’s 2011 Teens’ Top Ten, named as one of Publisher’s Weekly’s Best Children’s Books of 2010, selected as the #1 Pick on the Winter Kid’s Indie Next List, and received starred reviews from Kirkus and Publisher’s Weekly. In a starred review for the sequel, Crossed, Kirkus called the Matched series an “addictive, layered dystopic trilogy.”A former English teacher (who still keeps her license current, just in case!), she lives with her husband and four children outside of Salt Lake City, Utah. She loves reading, writing, running, and listening to her husband play guitar.
From http://allycondie.com/bio 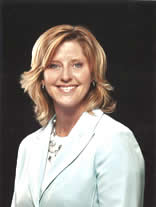 Rebecca Mieliwocki is the 2012 National Teacher of the Year. She is a 7th grade English teacher at Luther Burbank Middle School, which houses 1100 students in grades 6-8. She has been teaching for 14 years and has spent 9 years in her current position. Rebecca holds a Bachelor of Arts in Speech Communication from California Polytechnic State University and her professional clear credential in Secondary English Education from California State University Northridge. She is the 2005 California League of Middle Schools Educator of the Year for Southern California, a 2009 PTA Honorary Service Award Winner, and a BTSA mentor, and has also served as a teacher expert for CSUN College of Education Panel titled “The ABC’s of IEPs.”

“Rebecca Mieliwocki is an inspiration to her students, to me, and to every California teacher. She brings enormous energy, enthusiasm and optimism to teaching — a career that has never been more challenging, or more vital to our future,” said Tom Torlakson, California Superintendent of Public Instruction. “She’s the perfect choice for this tremendous honor, and I know she’ll do an outstanding job of teaching the nation about the great things happening every day in California’s public schools.”

“Students learn best when they have the most enthusiastic, engaged teachers possible,” says Mieliwocki. “I firmly believe that teachers must be held accountable for their students’ success, from helping them meet personal or school-wide learning goals to achieving on district and state level assessments. Our students are our future, so we, their teachers, must do our best to inspire them and guide them to greatness.” 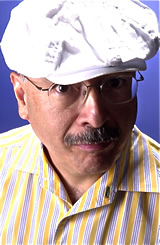 Juan Felipe Herrera, an experimentalist by nature, is the son of migrant farmworkers and traveled in an Army truck during the fifties through the San Joaquín Valley of California. He grew up with a rich repertoire of ballads of the Mexican Revolution, border songs and sayings. In his early school days he took part in choirs, art studios, performance and poetry. Later, he majored in Social Anthropology at UCLA and at Stanford University. His took his MFA in Creative Writing at the University of Iowa. Since 1968 to the present, Juan Felipe has founded and co-founded student and community theatres such as Teatro Tolteca in 1970, one of the first experimental Latino performance groups in the USA, writers collectives (Poetasumanos, 1981), open-genre performance workshops (Manikrudo, 1996) as well as Spoken Word ensembles (Troka, 1983 and Verbal Coliseum, 2006). For young audiences, Juan Felipe’s writing has been adapted into musicals (The Upside Down Boy, 2004, NYC) and he has also written librettos and lyrics (Salsalandia, 2008, La Jolla Playhouse, San Diego County Schools). He has garnered numerous awards such as the NEA Fellowship, the Ezra Jack Keats Award, Latino Hall of Fame Award, the Latino International Book Award and most recently the National Critics Circle Award and the Guggenheim Fellowship in poetry. Currently, he teaches in the Department of Creative Writing at the University of California in Riverside, California and is a member of the Board of Chancellors of the Academy of American Poets. For the last forty years, he has given writing and creative writing workshops for K-12, bilingual settings and migrant programs as well as to the general public throughout the United States. He lives in Redlands, California, with his partner Margarita Robles who writes poetry. In March, 2012, Governor Jerry Brown Jr. appointed Juan Felipe as the new Poet Laureate of California.