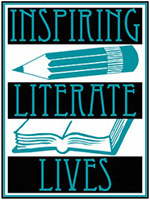 with Thursday Pre-Convention:
Inspiring Literate Lives in an Interconnected World
Sponsored by the California Writing Project

Regular sessions are workshops. There are seven time slots (Session A, Session B, etc.) and multiple choices. Super sessions are workshops by some of our favorite presenters that will guarantee enough seating for everyone, and they have their own time slot, so everyone can attend. Major speakers give speeches during meal events, which attendees can attend by purchasing a meal ticket, or by coming to the venue 30-40 minutes after the meal has been served to sit in the back to hear the speaker. There are five major speakers this year. 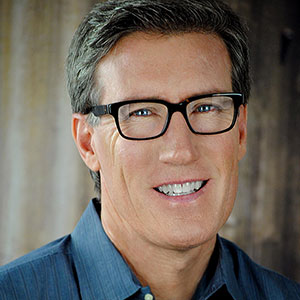 Kelly Gallagher has taught for 31 years. He is the former co-director of the South Basin Writing Project at California State University, Long Beach, and the author of Reading Reasons: Motivational Mini-Lessons for the Middle and High School, Deeper Reading: Comprehending Challenging Texts, 4-12, Teaching Adolescent Writers, Readicide: How Schools Are Killing Reading and What You Can Do About It, and Write Like This. He is also a principal author of Writing Coach and iLit (both Pearson). Kelly’s latest book is In the Best Interest of Students (2015). Follow Kelly on Twitter @KellyGToGo, and visit him at www.kellygallagher.org. 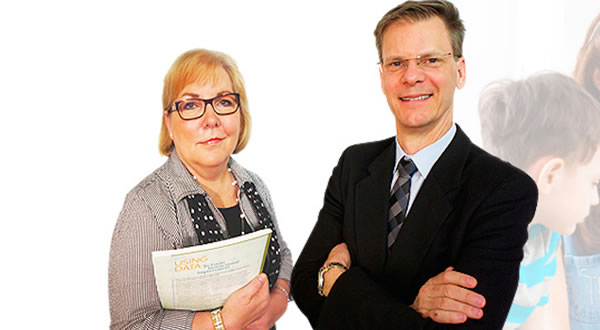 Nancy Frey, Ph.D., is a Professor of Literacy in Educational Leadership at San Diego State University and the recipient of the 2008 Early Career Achievement Award from the National Reading Conference. Nancy has published in The Reading Teacher, Journal of Adolescent and Adult Literacy, English Journal, Voices in the Middle, Middle School Journal, and Educational Leadership. She and Doug co-authored Close Reading and Writing from Sources for IRA, and have co-authored with Diane Lapp (Text Complexity and In a Reading State of Mind.) Nancy is a credentialed special educator, reading specialist, and administrator in California, and teaches at Health Sciences High and Middle College.

Douglas Fisher, Ph.D., is Professor of Educational Leadership at San Diego State University and a teacher leader at Health Sciences High & Middle College having been an early intervention teacher and elementary school educator. He is the recipient of an International Reading Association Celebrate Literacy Award, the Farmer award for excellence in writing from the National Council of Teachers of English, as well as a Christa McAuliffe award for excellence in teacher education. He has published numerous articles on reading and literacy, differentiated instruction, and curriculum design as well as books, such as Better Learning Through Structured Teaching, Rigorous Reading, and Text Complexity: Raising Rigor in Reading. He can be reached at dfisher@mail.sdsu.edu. 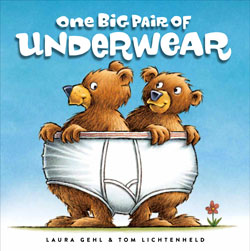 Tom Lichtenheld was born June 14, 1953 in Nixon, Illinois and later attended the University of Wisconsin at Madison. His earliest childhood memory is of sitting in the kitchen, drawing pictures of ships and trucks on a blackboard. His venture into children’s books was a happy accident, prompted by a request from his nephew to draw him a picture of a pirate. Mr. Lichtenheld responded to his nephew’s letter with 20 pages of silly drawings, and these drawings eventually became his first book. Today, Mr. Lichtenheld still loves doodling and making children laugh, and he is the author and/or illustrator of over 20 books, many of them New York Times bestsellers. Mr. Lichtenheld lives with his wife, Jan Miller, in Geneva, Illinois.

CATE and the California Young Reader Medal committee honor Mr. Tom Lichtenheld along with Amy Krouse Rosenthal as the creators of Exclamation Mark!, the CYRM winner in the Primary category. Students across California fell in love with Exclamation Mark!; his journey to self-discovery resonated with children and adults of all ages. 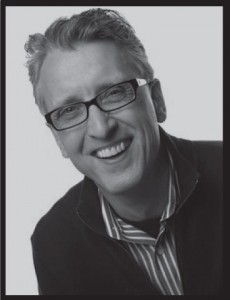 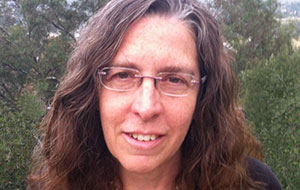 Miriam Pawel is an author, journalist, and independent historian who has spent the last decade researching and writing about agriculture, the United Farm Workers, and Cesar Chavez. Her most recent work, The Crusades of Cesar Chavez – A Biography, won the Robert F. Kennedy Book Prize, the California Book Award, and was a finalist for the National Book Critics Circle award. Her previous book, The Union of Their Dreams – Power, Hope and Struggle in Cesar Chavez’s Farm Worker Movement, was a groundbreaking narrative history told through eight participants in the movement. As a journalist, Pawel spent 25 years as an award-winning reporter and editor on both coasts, directing coverage that won Pulitzer prizes at Newsday and at the Los Angeles Times. She has been an Alicia Patterson Foundation fellow, a John Jacobs fellow at the Berkeley Institute of Governmental Studies, and was awarded a National Endowment for the Humanities Fellowship to complete the Chavez biography. 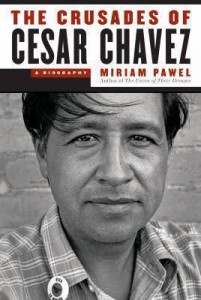 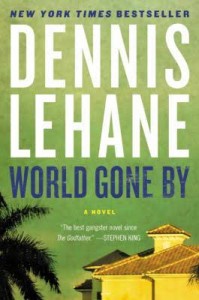 Dennis Lehane’s internationally bestselling novels include Darkness, Take My Hand; Sacred; Prayers for Rain; Mystic River; Shutter Island; The Given Day; Moonlight Mile and Live by Night. Mystic River was a finalist for the 2001 PEN/Winship Award and won the Anthony Award and the Barry Award for Best Novel, among multiple other awards. Lehane’s novel The Drop was released as a movie featuring James Gandofini in his last role. His novel Live by Night was awarded the 2013 Edgar Award and the Florida Book Award’s gold medal for fiction. His new novel World Gone By was published in March 2015.

Three of Lehane’s novels—Mystic River; Gone, Baby, Gone; and Shutter Island—have been adapted into award-winning films. Additionally, Lehane was a staff writer on the acclaimed HBO series The Wire and a writer-producer on the 4th season of HBO’s Boardwalk Empire. He currently has three dramatic series in development at HBO, Showtime, and WGN America.

Lehane was born and raised in Dorchester, Massachusetts. Before becoming a full-time writer, he worked as a counselor with mentally handicapped and abused children, waited tables, parked cars, drove limos, worked in bookstores, and loaded tractor-trailers. Lehane and his family live in California. 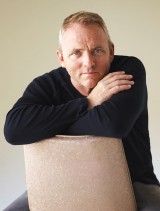 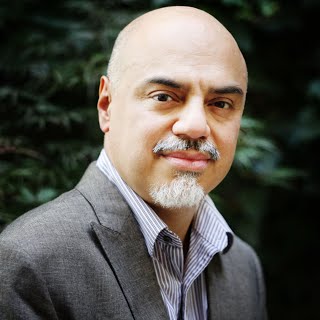 Héctor Tobar is a Los Angeles born author and journalist. His fourth book was published by Farrar, Straus and Giroux this fall: Deep Down Dark: The Untold Stories of 33 Men Buried in a Chilean Mine, and the Miracle That Freed Them. His novel The Barbarian Nurseries, was published by FSG and named a New York Times Notable Book. The Barbarian Nurseries has been translated into French, German and other languages, and won the California Book Award Gold Medal for Fiction, a distinction Tobar shares with John Steinbeck, Michael Chabon, T.C. Boyle, and many other distinguished California writers.

For two decades, Tobar worked for the Los Angeles Times: as a city reporter, national and foreign correspondent (on assignments from Alaska to Patagonia, East Los Angeles to Iraq), and was part of the reporting team that won a Pulitzer Prize for coverage of the 1992 L.A. riots. He was The Times bureau chief in Buenos Aires and Mexico City. For several years he wrote a column for the Los Angeles Times, and has also worked as Features Editor at the LA Weekly and as editor of the bilingual San Francisco magazine El Tecolote. He has a Master in Fine Arts in Creative Writing from the University of California Irvine, and studied at UC Santa Cruz and at the Universidad Nacional Autónoma de México in Mexico City. He is also the author of Translation Nation: Defining a New American Identity in the Spanish-Speaking United States, and The Tattooed Soldier, a finalist for the PEN USA West Award for First Fiction. He’s married, the father of three children and the son of Guatemalan immigrants. 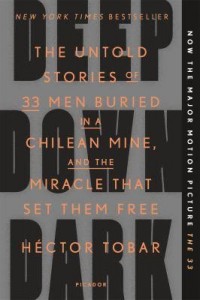 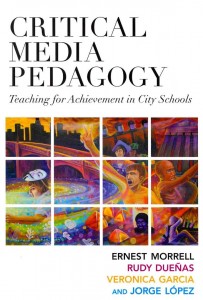 ERNEST MORRELL is the Macy Professor of English Education and Director of the Institute for Urban and Minority Education (IUME) at Teachers College, Columbia University. He is also a Fellow of the American Educational Research Association and past-president of the National Council of Teachers of English (NCTE). His research interests are: (1) innovative socially, culturally, and digitally relevant teaching practices that promote academic literacy development, social and emotional learning, and college access for historically marginalized groups, (2) powerful models of teacher learning for city schools, and (3) youth literacies in the digital age. Ernest has written more than 70 articles that have appeared in journals such as Teachers College Record, the Journal of Teacher Education, Reading Research Quarterly, English Education, the English Journal, the Journal of Adolescent and Adult Literacy, Action in Teacher Education, and the Annual Yearbook of the National Reading Conference. He has authored eight books including New Directions in Teaching English, Doing Youth Participatory Research, The Art of Critical Pedagogy, Critical Literacy and Urban Youth, and Critical Media Pedagogy: Teaching for Achievement in City Schools, which was awarded Outstanding Academic Title for 2014 by Choice Magazine of the American Library Association. Ernest has earned numerous commendations for his university teaching including UCLA’s Department of Education’s Distinguished Teaching Award. He received his Ph.D. in Language, Literacy, and Culture from the University of California, Berkeley where he was the recipient of the Outstanding Dissertation award.